Dodgy tradesmen are using high pressure sales tactics and falsely claiming connections to the council as they try to persuade people to part with their hard-earned cash.

The SIC’s trading standards department are warning householders to be wary of people going door to door and offering to resurface their driveways.

Head of the department David Marsh said some of the claims being made were as old as could be.

“We’re getting reports of false claims about connections to the council, and of high pressure sales tactics being used,” he said.

“Rogue traders were claiming to ‘have materials left over from doing a job for the council’ even before I started in trading standards, and that was over 30 years ago.

“It wasn’t true then, and it isn’t true now – it’s just a ruse to try to make you think you might get a bargain.

“Every year we hear about rogue traders pretending to have ‘just done a good deal for your neighbours’, claiming links to the council or to reputable local businesses, making exaggerated claims about warranties and guarantees, and selling items or work which are not up to the quality the consumer was led to expect.

“The best defence is to simply say no, because showing any interest in what’s being offered is only likely to encourage the seller – and if someone at your door refuses to take no for an answer, then phone Trading Standards or the police right away.

“We also get reports of vulnerable members of our community being pressured into handing over large sums of money for products or work which was neither wanted nor needed, and family, friends and neighbours can often provide very valuable support in such situations.”

Doorstep sellers, or other suspicious activity, can be reported to trading standards or to Police Scotland on 101. But anyone who feels threatened is urged to dial 999.

Trading standards is also highlighting packs it has available containing information and advice to help people deal with cold callers. 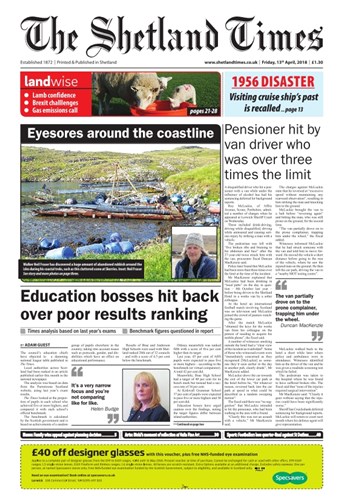 Covid vaccine to be given to those under 30